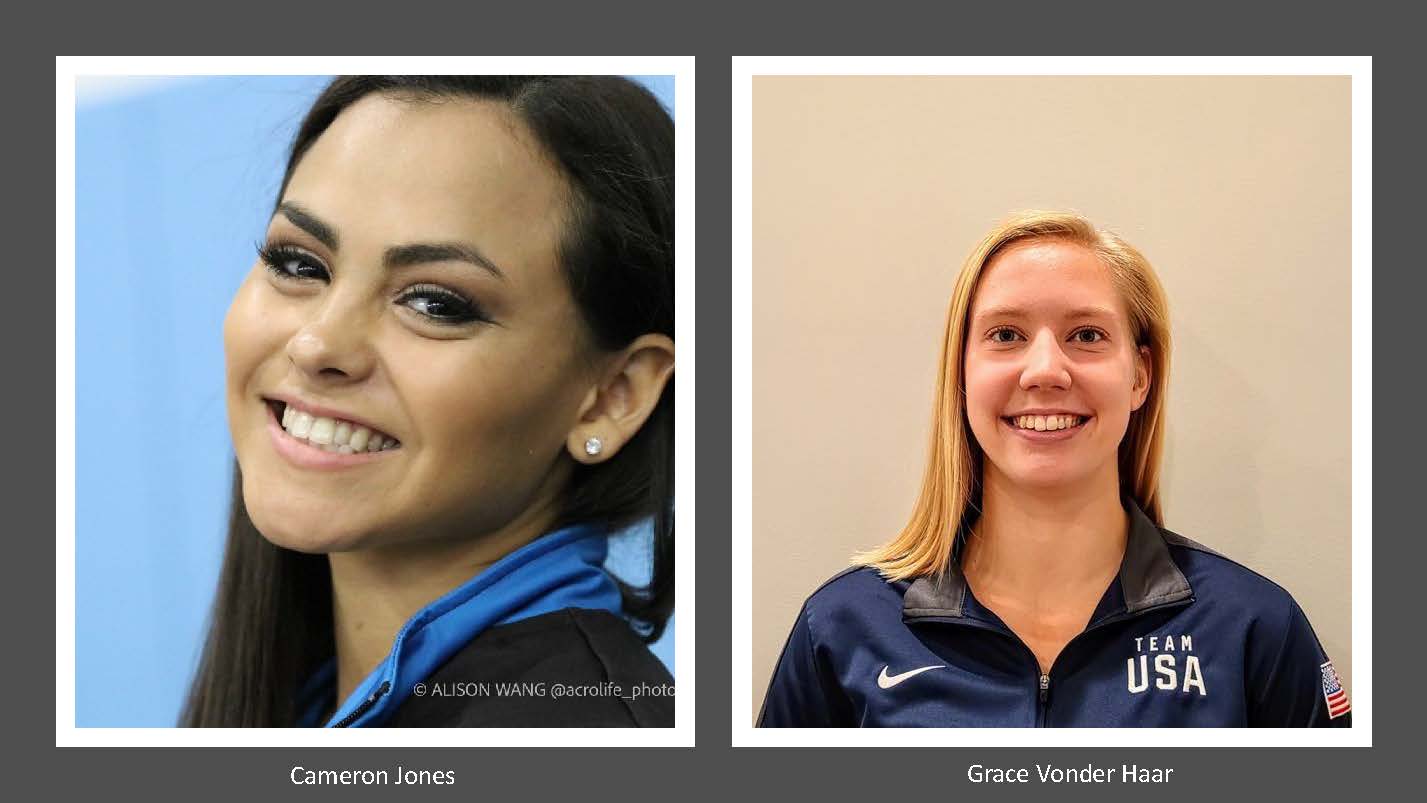 Serving a 2 year term, beginning September 1, 2020 and ending July 31, 2022 – Cameron Jones and Grace Vonder Haar have been announced as officers to fulfill the existing and newly added second position of Athlete Representatives on the Region 7 Acrobatics Committee.

The position is typically elected by a majority vote of the Region 7 athletes.  Those Region 7 athletes that were eligible to compete at the 2020 Regional Championships and who were competition age 14 or older were able to participate in voting for the athlete representative.  Nominations were submitted in May to the acting Program Director for Acrobatic Gymnastics and voting was then available from June 1-15.  Both Grace Vonder Haar and Cameron Jones were nominated, and Cameron was elected based on a majority vote to fill the existing athlete representative position.

To qualify, both of these athletes have been members of the National Team within the past ten years, have competed in an elite partnership within the last five years, and are at least 18 years of age.  As athlete representatives they will be prepared to represent the views of the athletes in the region at any meetings, including regional and/or national sub-committee meetings as asked, selected, and/or assigned.  They are voting members of the committee, and will help to promote and develop acrobatic gymnastics in the region.  They will also support and attend regional events and assist with regional clinics to ensure that athlete interests are being met.

The athlete representatives are joined in their efforts of serving the Region 7 Committee by the elected officers and newly formed sub-committee chairpersons, as listed below:

There are no upcoming events at this time.